To start a bike without keys, one will need to carry out a hot-wiring process (which involves bypassing the ignition system). This process also depends on how elaborate the bike’s starting system is; since older bikes will require the ignition turned on before kick-starting. In other cases, hot-wiring entails starting the engine by connecting the wires and then pushing the ignition button.

This guide compiles the necessary steps on how to start a motorcycle without a key and the certain important factors to consider.

What Do You Do If You Lose Your Motorcycle Key?

There are many possibilities to still ride a bike, even after losing the keys. Replacing it with a spare key is an easy option. However, there are other options and steps to take, supposing one’s keys got lost and there’s no spare. 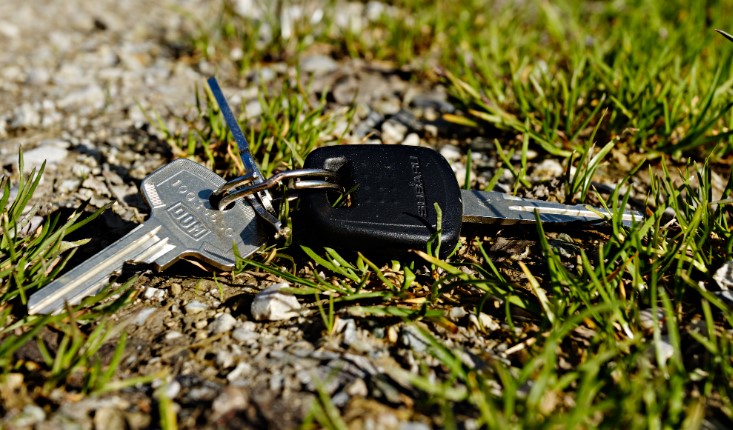 Can You Start A Motorcycle Without Keys?

It’s possible to start a motorbike without a key. Still, the bike’s model and year of manufacture are crucial factors determining the success of kick-starting the motorcycle. Normally, the first option would be to hotwire the bike. However, the technology behind motorcycles has improved over the years, making the hotwiring process a little more complicated. One must now deal with central computer systems that handle the locking means.

With that said, the possibility of starting older generation bikes without a key is higher than a newer generation. In that case, a person may have to procure a replacement. On the bright side, the improvements made on new generation bikes reduce the high theft rate among riders.

How To Start A Motorcycle Without A Key?

Those wondering how to start a motorcycle without a key will be glad to find that it is pretty easy. However, it is crucial to ensure the process is handled properly. If the hotwiring process is not done correctly, it can lead to an explosion or permanent damage to the motorcycle. As earlier mentioned, it is much easier to hotwire older bike versions than newer models.

The idea is to connect the two terminals in the ignition wires to create a spark. Therefore, it is crucial to check the wiring caps which lead to the ignition system.

If this isn’t the case, keep connecting different ends of the ignition terminal using the speaker wire until it works. When it comes on, engage the ignition button on the throttle. That should get the motorcycle running.

As mentioned earlier, it is crucial to note that the location of the ignition system and the color of the wires vary to the motorcycle. It is best not to make careless assumptions. If one is confused about their bike’s wiring, it is wise to refer to the manual.

Besides this process, it is possible to start a motorcycle using a flat head screwdriver and a hammer. However, because this method is potentially destructive, it is not advisable. This method involves hammering a screwdriver into the ignition lock and then turning the ignition to start the bike.

Is There Any Risk Associated With Starting A Motorcycle Without A Key?

Even though it doesn’t seem so, starting a motorcycle without a key comes with several risks for the rider and the bike. Therefore, one has to be prudent during the process so that it doesn’t result in permanent damage. It is also crucial not to make the process habitual; hence opt for replacement keys instead. Hotwiring should only be for urgent purposes. 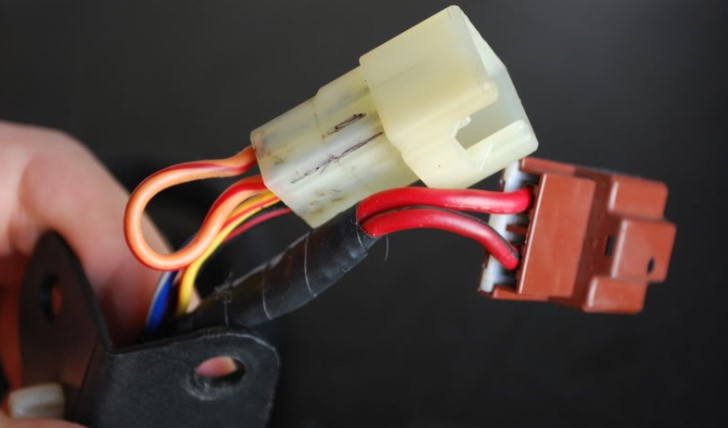 However, the potential risks involved in starting a motorcycle without a key are;

A motorcycle can generate several volts of current, which can cause a serious electric shock to the rider. That’s why manufacturers put up a case to cover the wires. Constant hotwiring of a bike is risky as it mostly leaves the circuit board exposed, which goes against the manufacturing model.

Damage to the Bike’s Circuit

If the wires should come in contact with each other, it can create a shock damaging the bike’s circuits. What’s more, the shock can thin out the insulation of the wires. So even if one decides to repair the bike, the damage is already permanent. Another shock dilemma can happen in the future.

Damage to the Bike’s System

Hotwiring also poses fire hazard risks. The process generates naked sparks, which, when exposed to fuel or any other flammable substance, can cause a fire outbreak. Most countries are against hotwiring because of the mistake some make to hotwire in a gas station. It is unacceptable; one must be careful and aware of their surroundings before hotwiring. Often, hotwiring also goes against the warranty policy of a company. So it is crucial to hotwire bikes only as a desperate final measure.

Losing motorcycle keys doesn’t have to limit one from riding their motorcycle. Hence, bike owners should learn how to start a motorcycle without a key. However, there are strict and careful measures one has to adhere to ensure a neat operation and avoid fire hazards or causing permanent damage to the bike’s circuit.

Hi, I'm Ryan Walker, the chief editor and the founder of this site, Motoable. I’m a bike rider, and I’ve been riding motorbikes for almost thirty-five years. I worked for a renowned motorbike accessories manufacturing company for twelve years as a quality in charge.Later, I start my own business where I sell different bike accessories and safety gear for motorbikes. I created this site Motoable to share my experience with other bikers who are new to this field and don’t have adequate knowledge about motorbikes and their accessories.

Are you interested in mastering the art of ‘low and slow’ barbecue? We’ve got all the info you need to go from amateur to pit master. I’ve tried to create the exact resource I wish had been.